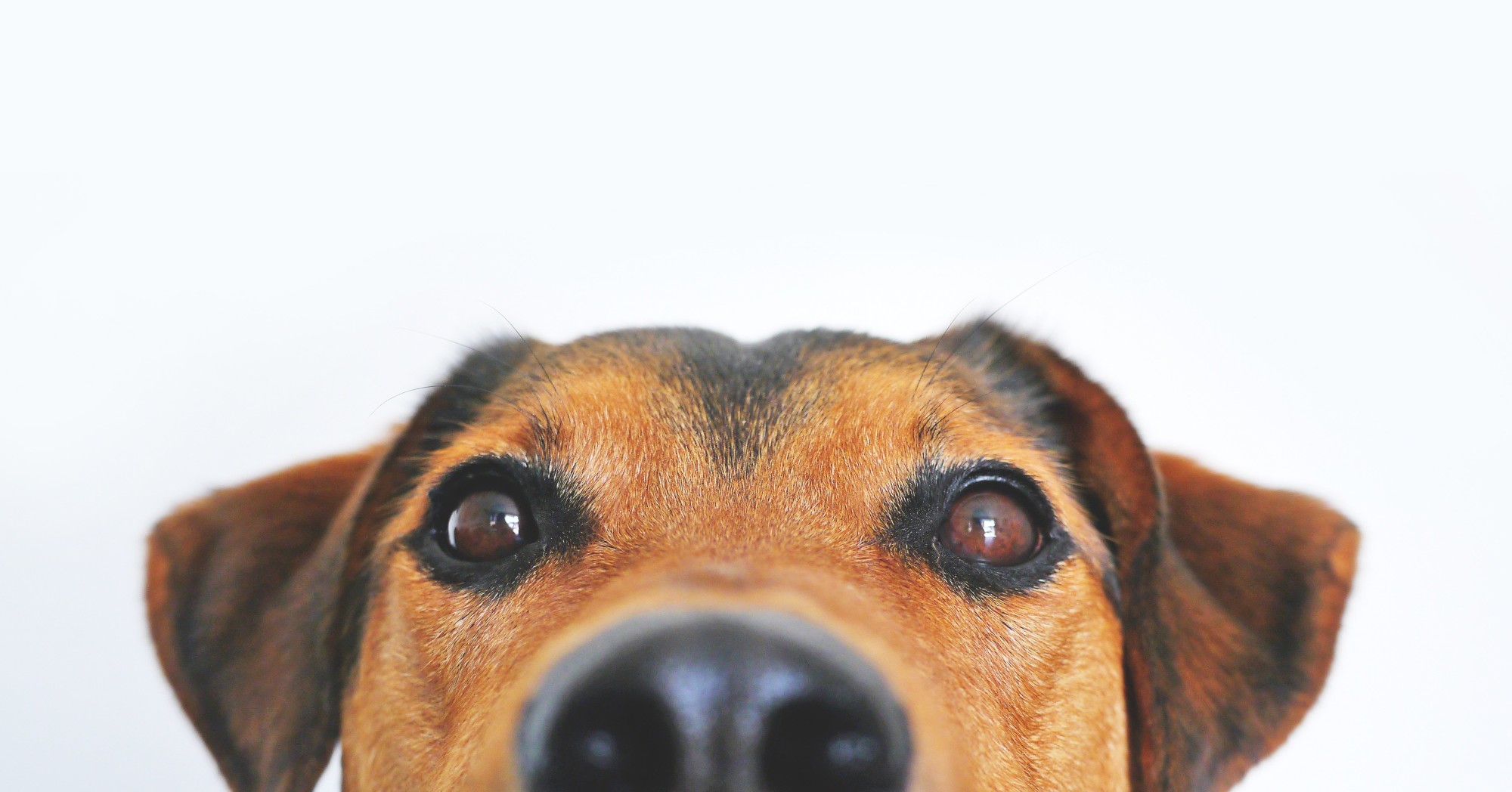 One of the best things about have a dog is companionship. They’re always there to love us when we need it the most—it’s like they can read our minds.

Sadly, we can’t read theirs. At least not the way we want. We can, however, interrupt other things to determine their needs, desires, and health. One of those things is examining their nose.

When a dog’s nose is dry, it’s usually a sign that something in their body is changing or has changed. It’s not always a bad thing, but it’s also not always a good thing. Keep reading to learn more about what your dog’s dry nose means.

Dogs have a highly developed sense of smell that they depend on to make sense of the world. Just like any other working machine, a dog’s nose needs lubrication to work properly. Why?—because scent particles adhere to moist surfaces much more efficiently.

You may also notice that your dog licks his (or her) nose consistently. They do this to clean it from dirt, debris, or other particles. It’s also a means to interpret scent particles through taste.

So, when a dog’s nose is dry and warm, it’s interpreted by us humans as a sign that something is wrong. While a dry dog nose can mean that something’s wrong, there are several other common and non-health related reasons for it.

Let’s take a look at all the reasons:

He’s Been Exposed to the Elements

When the seasons change, you probably notice that your own nose and throat get dry and scratchy, or runny and full of mucus. The same goes for your pup. The hot sun, a windy day, the cold, and the heat can affect your dog’s nose.

Especially during the winter, you may notice that your dog’s nose has dried out. It could be from them lying next to a heat source like an air vent or fireplace.

He Was Taking a Cat Nap

When your dog is asleep he’s dreaming, not licking his nose. Therefore, it’s common for your dog’s nose to dry out while they nap. Once they wake up, they’ll be licking away, rehydrating their nose.

Think about it, when you work out and sweat a lot, you become dehydrated. The same goes for your faithful friend. If you’ve just taken him for a run, or he was running around with his playmates at the park all day, he’s going to become dehydrated too. His nose will be proof of that.

Once he rehydrates, his nose will return to its moistened state.

Older pups tend to have drier noses. It just comes with age, like gray hair and wrinkles in humans. It’s nothing to worry about, but you could always dab some dog-safe balm on his nose to help keep it moist. He would do the same for you.

He’s of a Certain Breed

Certain dog breeds like Bulldogs and Pugs that have shorter snouts also have trouble licking their noses. Other breeds like Lhasa Apsos and Spaniels suffer from blocked tear ducts. Both of these things leave them with noses on the drier side.

A little dog-friendly moisturizer will fix that right up.

If the allergies are severe, your pup may need allergy medication.

We often forget that most furry animals, such as our four-legged companions, have skin. Especially the dog breeds that tend to have thin, light coats and pink or pale noses, paw pads, eyelids, and ears, are more susceptible to sunburn.

If your pooch gets sunburn, it’ll cause his nose to dry out and possibly crack, depending on the severity. If you own one of these thin-skinned breeds, be sure to invest in dog-safe sunscreen for those long outdoor play days.

He May Have an Autoimmune Disease

The most common nose-drying autoimmune diseases are Lupus and Pemphigus. These diseases tend to change the surface of your dog’s nose, resulting in dryness, cracking, and bleeding. These diseases can only be diagnosed by a veterinarian, and are usually treated with immunosuppressive drugs.

Should I Bring My Dog to the Vet?

Just because your pup has a dry nose, doesn’t mean it’s a medical emergency. It should also be noted that a cool, wet nose isn’t always the sign of perfect health either.

Taking all of the above into consideration, what you really want to look for are other symptoms. For example, if there’s excessive mucus coming from your dog’s nose—especially if it’s yellow, green, or black—it’s a sign that your dog is sick.

Other things to look for are fever, excessive nose licking, discolored gums, excessive coughing or sneezing, and all over warm body temperature. In addition, if your dog is experiencing a severe allergic reaction, their nose will become swollen and red. They will also most likely be scratching and rubbing their face non-stop.

So, if you notice that your dog has a dry nose, you’ll want to check for accompanying symptoms. If you don’t see any of the above symptoms, you’ll want to just keep an eye on him until his nose goes back to normal. If it doesn’t and he’s showing other symptoms, it’s best to take him to the vet.

Remember, if your dog’s nose is dry, don’t panic—but don’t write it off either. Look for accompanying symptoms, keeping the above points in mind.

If you’re in the Sylvania area and are looking for a trusted veterinarian, or just have general questions, don’t hesitate to reach out to us. We’re here for you and your furry friends. 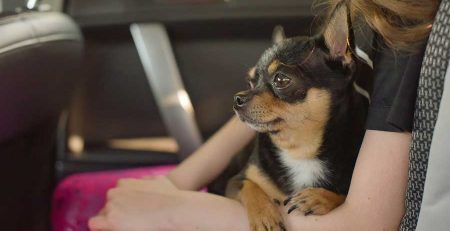 Pet owners can become concerned if their pet experiences anxiety; however, it is essential to realize that anxiety in... 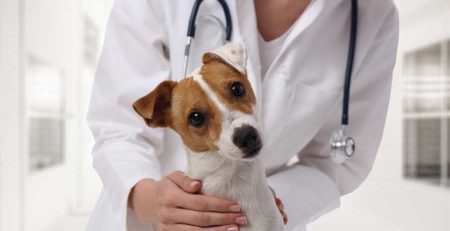 There’s no better feeling in the world than bringing home a new, itty bitty puppy. Instantly, you know that... 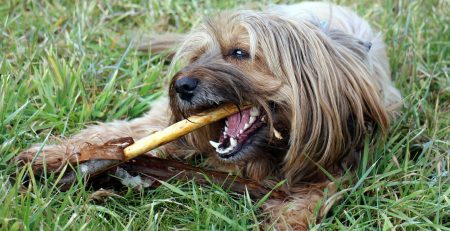 48,255,413 households in the country have a dog who they consider part of the family. Unfortunately, not every owner... 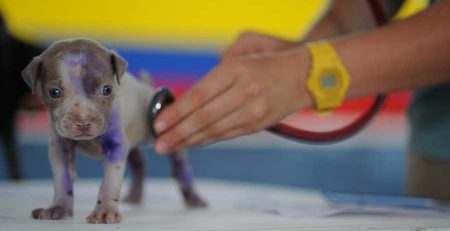 Americans love their pets like children. Nearly 38.4 percent of American households have dogs. These pet owners spend about... 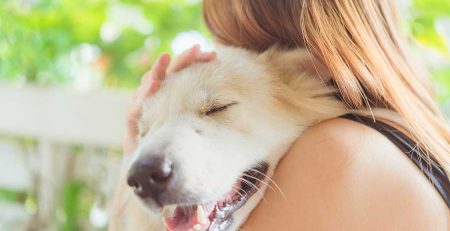 A healthy dog is a happy dog. Unfortunately, many dogs suffer a number of health issues that could have... 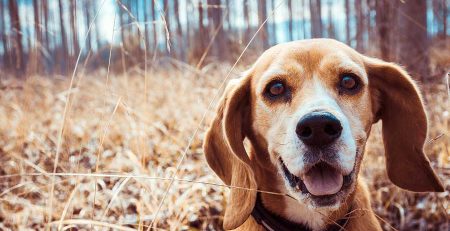 The main thing you can do to protect your pet from disease is to ensure his or her vaccinations... 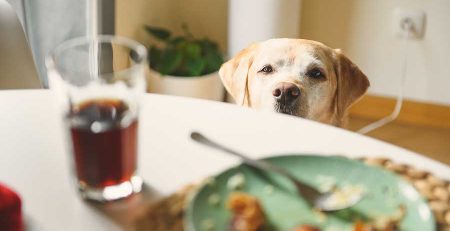 Dogs are funny creatures. Your dog may only eat one specific brand and flavor dog food but will then... 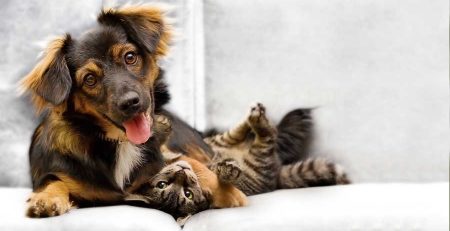 Why Do Dogs Stop Eating?

Whether your dog is a puppy or an older dog, it can be distressing when your dog stops eating....